How much is my case worth?
Farris, Riley & Pitt, LLP > Blog > Personal Injury > Historic Industrial Accidents Resulting From Corporate Negligence

We like to believe modern workplaces, even in industrial settings that pose inherent risks due to the products being produced, are safe for employees. A lot of progress has been made in recent decades thanks to regulating bodies such as the Occupational Safety and Health Administration (OSHA) and a plethora of industry-specific entities intended to improve safety for workers.

Unfortunately, that doesn’t mean there is no risk. Even in modern times, there are high-profile instances of companies cutting corners on safety or simply being lackadaisical in the enforcement of certain safety regulations, leading to catastrophic results for workers.

On September 3, 1991, a Hamlet, North Carolina chicken processing facility caught on fire due to a faulty hydraulic line. The fire doors had been locked, and the smoke – created from the burning soybean oil, chicken and melting roof insulation – was so toxic that a few breaths was enough to disable a worker. The fire cost 25 employees their lives and left 54 more severely injured with burns, respiratory diseases from the toxic smoke, neurological damage and blindness.

The company never provided an adequate reason as to why the fire doors had been locked, only saying that some doors were locked at certain times of day. The owner of the plant was criminally prosecuted and sentenced to 20 years in prison, although he only served four.1, 2

Explosion at Texas Refinery Due to Malfunctions and Human Error

The Texas City Refinery Explosion occurred on March 23, 2005 at a British Petroleum (BP) refinery located in Texas City. As one of the largest refineries in the world, it processes more than 433,000 barrels of oil each day, accounting for three percent of the national supply.

The logistics of exactly what happened are hard to explain in layman’s terms, but essentially, a heavy raffinate (refined oil) storage tank malfunctioned, causing the raffinate to flow to places it didn’t belong. Ultimately, several safety systems failed at once, including an alarm that should have sounded when the raffinate began flowing into the blowdown drum, which is intended for overflow in these types of situations. This meant the flow was never shut down and the blowdown drum overflowed, forming a 20-foot tall geyser of hot raffinate.

A diesel truck, which was parked too closely to the blowdown drum, had been left idling about 25 feet from the stack – both actions were against safety protocols. The truck’s engine eventually ignited the vapor cloud spreading across the plant. No alarm ever sounded before the explosion.3

More than 15 people were killed, and another 180 experienced a range of injuries.

Many people don’t realize just how flammable sugar is, but think about the last time you roasted marshmallows, a treat that’s composed primarily of sugar and gelatin. Get the marshmallow too close to the flame and it turns into a torch fit for Indiana Jones.

Sugar dust at refining and packing facilities poses significant risk to workers should a spark ignite this highly flammable substance and cause a chain reaction. That’s why regularly cleaning those facilities to reduce dust is so important.

On February 7, 2008, an explosion in the basement of a Port Wentworth, Georgia sugar refinery is believed to have set off a chain reaction of explosions and fires that led to the deaths of 14 workers and left another 36 badly burned. The sugar storage silos also caught fire, turning them into pillars of molten, flaming sugar that fire fighters were ill-equipped to fight effectively.

An investigation by the U.S. Chemical Safety Board as well as a separate investigation by OSHA both determined the sugar dust in the plant, which should have been cleaned out, was the primary fuel for the explosion. The facility was also fairly old and constructed using materials that were particularly flammable, such as creosote wood, sometimes referred to as “fat lighter” due to its exceptional high fire risk.4

At last reporting in 2010, 44 civil liability cases had been filed by workers and their families, with 18 having been settled by that point.5

The Upper Big Branch Mine explosion on April 5, 2010 resulted in the deaths of 29 of the 31 coal miners at the site. It is one of the most costly recent industrial accidents in the United States in terms of loss of life and the worst mining disaster since 1970.

The Mine Safety and Health Administration (MSHA) conducted a lengthy investigation and released a report more than a year and a half later on December 6, 2011. They issued 369 safety violation citations to the company operating the mine, Massey Energy, and held them directly culpable for the blast and the resulting deaths. Although the penalties levied by the MSHA citations only totaled about $10.8 million, the criminal liabilities charges brought by the U.S. Attorney’s office resulted in a $209 million settlement.

The CEO of Massey Energy at the time, Don Blankenship, was finally convicted in 2015 of conspiring to willfully violate safety standards.6 One of the safety failings included disrepair of water sprayers on cutting machines, which resulted in the excessive accumulation of coal dust. When a spark ignited that dust, the resulting explosion filled two miles of tunnels. Blankenship and two Massey managers ultimately did serve prison terms, although Blankenship only served one year.

Blankenship is currently running in the Republican primary for senate in West Virginia. If he were to be nominated – which would be unlikely according to most recent polling – he would face Democratic incumbent Joe Manchin in the 2018 midterm elections.7

If You Suffer a Preventable Injury in the Workplace, You May Qualify for Compensation

Filing workers’ compensation claims is often difficult for employees, who rely on their job to support their family and may fear reprisals from their employer should they file. However, not filing a claim often leads to even more severe financial consequences and may leave a safety issue unaddressed, potentially putting other employees at risk.

If you believe an unsafe workplace led to your injury – whether your employer didn’t follow safety guidelines, repair faulty equipment or provide adequate training to you and other employees in regards to safety regulations – it’s likely in your best interest to speak with an attorney to find out if you may have a valid workplace injury claim.

If you have suffered a workplace injury, call (205) 324-1212 to schedule a free consultation with the Alabama industrial accident attorneys at Farris, Riley & Pitt, LLP. 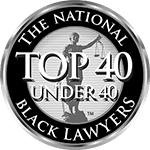