Darius has dedicated his entire legal career to fighting for justice for victims. While still in law school, he clerked for a prominent personal injury law firm in Tuscaloosa, Alabama, gaining a wealth of valuable experience in the field. After graduation, he began practicing at a large firm in Huntsville, Alabama where he represented clients who were the victims of work-based discrimination and wrongful termination.

Prior to joining Farris, Riley & Pitt, Darius served as a Deputy District Attorney in Jefferson County Alabama where he conducted numerous jury trials representing the victims of all crimes, including theft, robbery, rape, and even murder. Darius now brings his commitment to fairness and justice to Farris, Riley & Pitt.

A true son of the south, Darius was born and raised in Decatur, Alabama; however, his family spent 10 of his formative years living in Atlanta, Georgia. From the beginning, Darius knew he wanted a career in law; and coming from a family of ministers, he knew that he wanted to fight for individuals going through the worst moments of their lives.

Darius received his bachelor’s degree in both Economics and Political Science from Mississippi State University in Starkville, Mississippi. He then earned his J.D. from the University of Alabama School of Law, where he was an active member of the school’s national trial advocacy team.

Darius has spent time studying abroad in both Australia and Japan. Experiencing new languages, people and cultures helped shape his perspective on diversity, and he attributes these experiences for his unique ability to relate to clients from all walks of life and ethnic backgrounds.

Darius is currently licensed to practice law in the state of Alabama and in all federal district courts within the state. 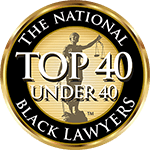