Ken Riley was born and raised in Alexander City, Alabama. After obtaining his business degree at the University of Alabama, Mr. Riley went on to complete his legal studies at Cumberland School of Law at Samford University.

One of Mr. Riley’s strengths as a plaintiff’s attorney is his ability to relate to people from all walks of life, a characteristic that comes naturally from his small-town upbringing. Having had first-hand experience with a family member involved in a life-threatening car accident, Mr. Riley understands the physical, emotional and financial issues families involved in a serious injury experience. That experience was instrumental in establishing the way he pursues personal injury cases and reinforced his belief that a client’s needs should always be considered when determining the best course of action for a particular claim.

For over eighteen years, Mr. Riley has dedicated his law practice to helping injured victims obtain fair and just settlements and verdicts. With a self-described “love of trying cases”, Mr. Riley believes his most important role as a plaintiff’s attorney is to follow a course of action that results in the best overall outcomes for clients. Mr. Riley tailors his practice to not only focus on people involved in catastrophic accidents, but also those injured by defective medical devices, child-related accidents, as well as victims of nursing home abuse.

Mr. Riley is perennially recognized as a Super Lawyer Honoree for 11 years, a national peer-nominated publication that names the best attorneys across all 50 states, in the area of Personal Injury Litigation. In 2017, he was included in Super Lawyers’ top 50 Alabama attorneys list. He has achieved an AV Preeminent rating, the highest possible rating in both legal ability and ethical standards by his peers. He is also recognized by Birmingham Magazine as one of Birmingham’s “Top Attorneys,” and has received multiple multi-million dollar settlements for his clients. In addition to practicing law, Mr. Riley and his law partner, Kirby Farris, host a legal call-in show, LawCall, every Sunday night on Fox 6 WBRC at 10:30 p.m. LawCall features guest attorneys from across the state of Alabama, and answers live call-in questions on all areas of the law.

Mr. Riley lives in Birmingham and in his free time enjoys fishing, Alabama Football and spending time with his two sons, Evans and John Harold. 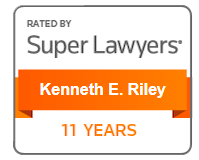 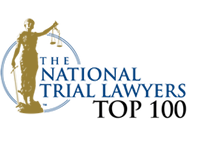 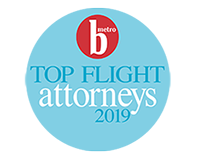