When Insurance Companies Offer You Weak Settlements, You Need Strong Attorneys.
How much is my case worth?
Farris, Riley & Pitt, LLP > Pedestrian Accidents

Did you suffer serious injuries or was your loved one killed in a pedestrian accident in Alabama? You are probably wondering how you will ever be able to pay your seemingly endless medical expenses and whether you will ever again return to work. 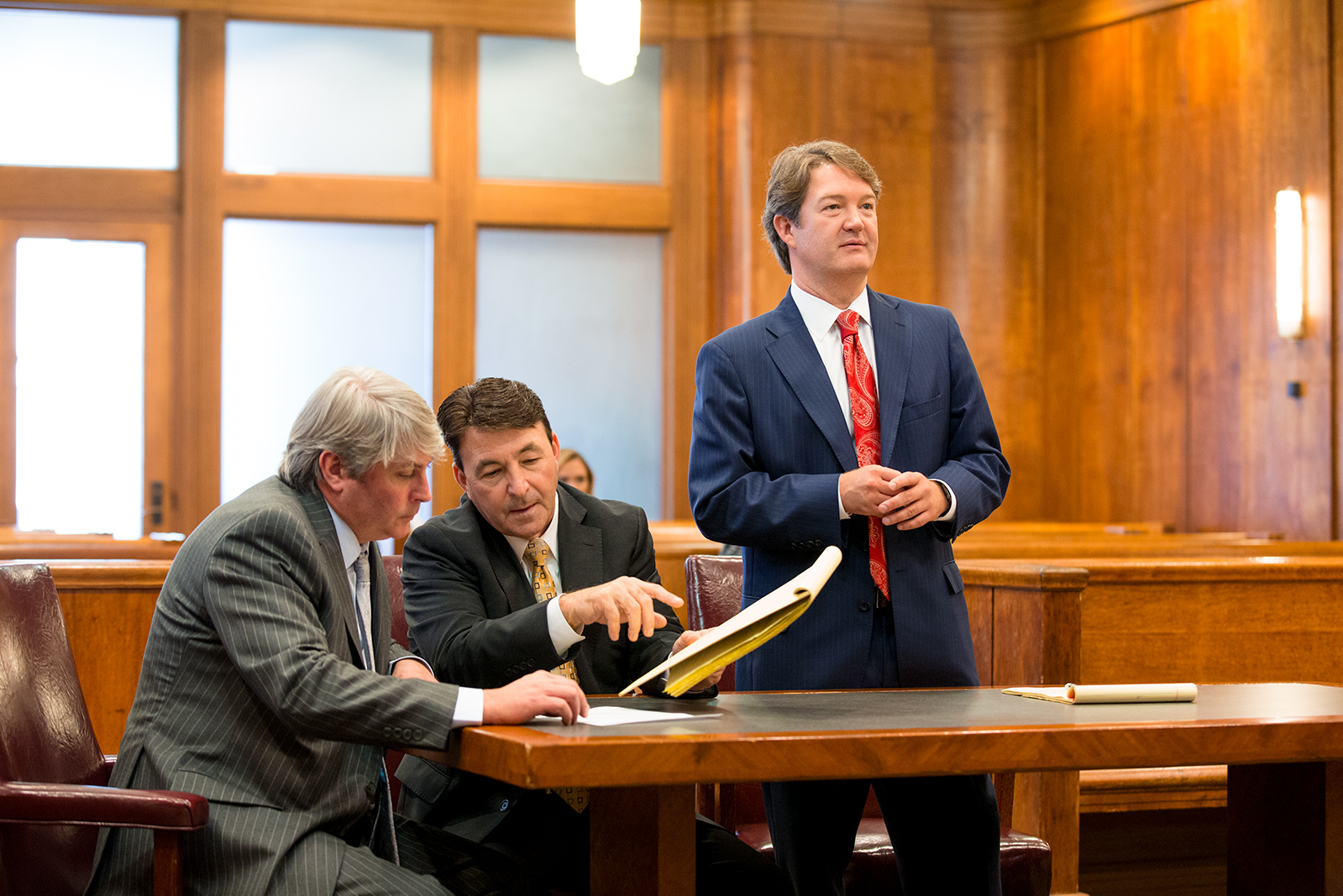 Many pedestrian crashes are caused by negligent drivers, and these motorists can be held civilly liable for the damages that result. You can determine who may be liable for your injuries when you contact Farris, Riley & Pitt, LLP.

Our firm has been handling these types of cases for over two decades. We are determined to recover as much compensation as possible for you.

Farris, Riley & Pitt, LLP fully understands the tremendous stress and confusion victims experience in the immediate aftermath of an accident. You can have our Birmingham pedestrian accident lawyers review your case and discuss all of your legal options as soon as you call (205) 324-1212 to schedule a free consultation.

Why Do I Need a Pedestrian Accident Lawyer?

Some pedestrian accident victims feel confident in their ability to recover compensation by themselves. Representatives of insurance companies often encourage this line of thinking.

In some cases, an insurer will quickly extend a settlement offer to resolve the case. Despite these offers usually being nowhere near what victims are actually entitled to recover, some people quickly accept the offers out of fear, while others attempt to negotiate.

All conversations with insurance company agents carry a significant risk for victims because they are typically recorded, and many victims unknowingly make statements that ultimately damage their later claims. One reason you need an attorney as early in your case as possible is to have these types of phone calls handled on your behalf.

Farris, Riley & Pitt, LLP will immediately begin negotiating with the insurer handling your case for a fair and full settlement. We can also file a lawsuit when an insurance company is unwilling to provide a satisfactory amount of compensation.

Kirby Farris and Ken Riley were both born and raised in Alabama. Our lawyers are both Birmingham residents who are proud to assist their friends and neighbors.

Our firm has obtained several multimillion dollar verdicts and settlements. We achieved this by developing the strongest possible cases through thorough investigation and preparation.

Mr. Farris and Mr. Riley are members of prominent legal organizations, such as the American Bar Association, Alabama Bar Association, and Birmingham Bar Association. You can feel confident knowing your attorneys have the qualifications and experience to achieve the most favorable outcome to your case.

Do not let money be the reason you do not contact Farris, Riley & Pitt, LLP, as we represent pedestrian crash victims on a contingency fee basis. This means that you pay our firm absolutely nothing unless you obtain a monetary award.

Pedestrian accidents can have a number of causes. Many cases involve distractions, such as talking or texting on cell phones.

While motorists are often accused of distracted driving, many pedestrians are similarly accused of causing crashes by being distracted while using mobile phones. You should avoid getting into these types of disputes until you have legal counsel.

Other common causes of pedestrian accidents include, but are not limited to:

Pedestrians are extremely susceptible to catastrophic injuries because they do not have anywhere near the level of protection inherent to motor vehicles. The types of injuries a person may suffer include, but are not limited to:

Victims in these types of cases can be entitled to various forms of compensation, including medical bills, lost income, and pain and suffering. Families who have lost loved ones in pedestrian accidents can also recover compensation through wrongful death actions.

What should I do if I was involved in a pedestrian accident?

Any time you are involved in a crash as a pedestrian, the first thing you should do is to seek medical attention. You want a record of medical care as soon as possible after an accident. If you are able, you should return to the crash scene to take multiple pictures from varying distances and angles. Also, collect the names and phone numbers of any people who witnessed the accident. If you are unable to do this, ask a friend or family member to do it for you. Try to write down everything you remember about your accident, as these kinds of details can be important when finer points become harder to recall later. Keep all receipts for every expense relating to your recovery, including receipts for gas. Finally, contact Farris, Riley & Pitt, LLP for help determining the best course of action for your injury claim.

How long do I have to file a pedestrian accident claim?

Alabama gives most injury victims two years after the date of an accident to file a legal claim. This statute of limitations is tolled (delayed) when the victim is a minor, and a minor can file a claim up to two years after the date of their 19th birthday. It may also be possible to get the limitations period tolled if the victim was declared incapacitated by a court after suffering a disability caused by their injury.

The Alabama Department of Transportation (ALDOT) reported that the 932 pedestrians involved in traffic crashes, 724 injuries, and 122 fatalities in 2016 were all the highest totals of any year in the 10-year period. The agency noted that pedestrian injuries increased 10.4 percent in 2016 and pedestrian fatalities increased 27 percent.

A report from the Governors Highway Safety Association found that Alabama had the eighth highest pedestrian fatality rate in the country. Alabama had a rate of 2.51 fatalities per 100,000 population.

The Centers for Disease Control and Prevention reports that 5,376 pedestrians were killed in traffic crashes in the United States in 2015 (an average of one pedestrian death every 1.6 hours), with nearly 129,000 pedestrians treated in emergency departments for nonfatal injuries.

For more than 20 years, Farris, Riley & Pitt, LLP has been working to get justice for pedestrian accident victims all over Alabama. We understand the significant long-term challenges that people face following these types of crashes, and we work to help them recover all of the compensation they need and deserve.

Were you severely injured or was your loved one killed in a pedestrian accident in the greater Jefferson County area? Call (205) 324-1212 or contact us online to let Farris, Riley & Pitt, LLP provide an honest and thorough evaluation of your case during a free consultation.

Farris, Riley and Pitt helped me with my personal injury case and took care of every detail! I answered questions filled out papers when needed and they communicated every step...

Everyone was extremely courteous,All my questions were answered immediately.And extremely helpful.very pleased with their results.would definitely recommend them to anyone who needs a lawyer. Exceptional good Law firm.

They did a great job . Stayed on top of everything. Got my money to me asap. The other company was the hold up. So I'm very happy with them.

My experience with this law firm was absolutely painless they handled everything from start to finish. Thank you so much for your help I appreciate you all more than you...

This is a great Law firm. They really care about their clients and and go above normal standards to help you any way they can. Mr Riley and his team...

Thorough, excellent communication. Everyone was so kind and kept me informed throught the entire process.

Everyone has been a joy to work with. Hayden is awesome she's efficient and consistent with communication, Meredith who is my attorney is great and Lisa is so cool and...

Had a great experience with this law firm …. They were organized , efficient & kept me updated throughout the process . It took a while to settle my case...

I am given Farris Riley & Pitt LLP 5 stars. If 10 was a option I would give them that as well.. they where very professional throughout my entire case....

Our auto-accident case was handled quickly and efficiently with the level of professionalism you would expect from a top-rank firm. Mr. Riley and his staff always went above and beyond...

Jessica, I really want to thank you. You’re a true blessing. Just having someone on my side that goes the distance no matter what it’s so uncommon and valuable in...