When Insurance Companies Offer You Weak Settlements, You Need Strong Attorneys.
How much is my case worth?
Farris, Riley & Pitt, LLP > Nursing Home Abuse

If you are visiting this page, your loved one has likely been harmed in a nursing home or extended care facility. Generally speaking, injuries that arise from poor nursing home care include things such as pressure ulcers and bedsores, falls that cause broken hips and head trauma, as well as other types of injuries or even death resulting from malnutrition or choking on food. 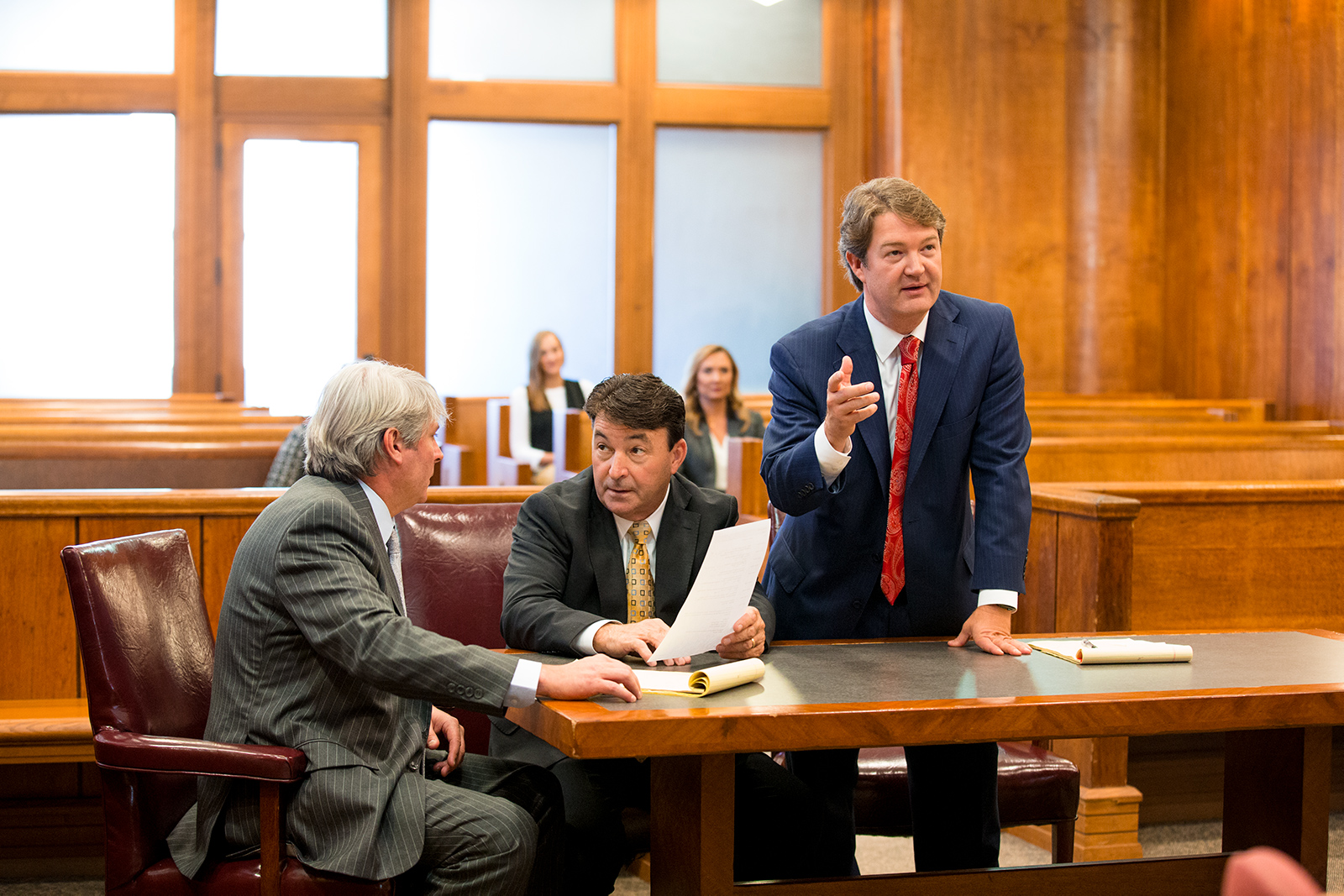 There are remedies against nursing homes when they provide substandard care. Generally speaking, these types of claims are settled without the need for litigation. However, if the matter cannot be resolved through settlement negotiation to the satisfaction of the family, the claim is filed in a process called arbitration.

Arbitration is different from court because a jury does not hear the facts of the case, but rather a lawyer who serves as a type of judge enters findings after the litigation process has concluded. Many families are turned off or discouraged by the arbitration process because it can be expensive and can result in unfavorable outcomes for the injured party.

Farris, Riley & Pitt, LLP has been successful navigating the arbitration process on behalf of victims of nursing home neglect. If you have an actionable case, arbitration does not deter our firm from pursuing justice. If we can help you or your family, please give us a call.

Across the United States, millions of people wake up every day in nursing homes. In Alabama, many of these individuals are helpless, vulnerable, and completely dependent upon the Alabama nursing home staff to meet most or all of their needs.

Nursing homes in Alabama and around Birmingham are responsible for providing care to elderly and disabled residents. Unfortunately, the quality of care in the nursing home industry has increasingly declined over the past decade.

Several recent studies indicate that residents in nursing homes suffer abuse and neglect more and more frequently at the hands of nursing home corporations. In many cases, residents have died or have been severely abused from neglect in a nursing home.

Farris, Riley & Pitt, LLP represents victims of nursing home and elder abuse as well as their families. Call (205) 324-1212 right now to take advantage of a free consultation that will let our Birmingham nursing home abuse attorneys review your case and help you understand all of your legal options.

Why Do I Need a Nursing Home Abuse Lawyer?

For many families, nursing home and elder abuse incidents often prompt understandable outrage. The abuse of a loved one leads to an increased desire to get justice.

You may be contacted by an insurance company for the negligent nursing home and an agent may try to offer you a settlement to resolve your case. But, whatever you are offered will be painfully short of what you are actually entitled.

It is in your best interest to refuse to speak to any insurer until you have legal representation. Depending on the specific circumstances of your case, you may be eligible for various kinds of damages, and you do not want to jeopardize your ability to recover compensation because of something you said in a phone conversation recorded by an insurance company.

Farris, Riley & Pitt, LLP can handle all conversations with insurers on your behalf and immediately engage in negotiations for a fair and full settlement. If the insurance company fails to make a satisfactory offer, we will file a lawsuit to try your case in court.

The people we represent are not just clients, but are our friends and neighbors. Our firm works closely with nursing home and elder abuse victims and their families to help them recover the compensation they need and deserve.

If you or your loved one has been the victim of nursing home abuse or elder abuse in Birmingham or a surrounding area of Jefferson County, you will have a dedicated legal advocate when you work with Farris, Riley & Pitt, LLP. You can have our lawyers provide a complete evaluation of your case when you call (205) 324-1212 to set up a free consultation.

Nursing home and elder abuse can take many forms. Some of the most common kinds of cases that Farris, Riley & Pitt, LLP has handled include:

Nursing homes themselves are usually named as defendants in most civil actions, but other third parties could also be liable. For example, injuries caused by a person not employed by the nursing home may lead to claims against that individual as well as possible negligent security claims if security was provided by an independent company.

Which agencies do I contact if I suspect nursing home abuse or elder abuse?

What are bedsore stages?

Bedsores (also called pressure ulcers) are commonly referred to as being in stages. According to the United States National Library of Medicine, Stage I is the mildest stage of bedsore involving skin redness and pain, Stage II involves blisters or open sores, Stage III involves “craters,” or open, sunken holes in which tissue below the skin is damaged, and Stage IV bedsores are so deep that muscle and bone have been damaged.

What is an advance directive?

An advance directive is a written instruction that you make while you are mentally competent. It clarifies medical treatment you may or may not want to receive in the event that you become unable to communicate your wishes for any reason. Hospitals, nursing homes, and other health care facilities are required by federal law to inform patients or residents about advance directives, but people are not necessarily required to have one. Alabama law recognizes two different types of advance directives: the Advance Directive for Health Care and the Health Care Durable Power of Attorney. The Advance Directive for Health Care includes sections for a living will and proxy appointment (or Health Care Durable Power of Attorney).

A study published in Women’s Health Issues found that institutionalized adult women with disabilities reported a 33 percent prevalence of having ever experienced interpersonal violence. Another study of 342 adult men published in the Journal of Rehabilitation found that 55 percent of men experienced physical abuse by a person after becoming disabled, and almost 12 percent of the cases involved physical abuse by a personal assistance service provider.

According to the National Center on Elder Abuse, almost 1 in 3 nursing homes in the United States were cited for violations of federal standards that had the potential to cause harm or that had caused actual harm to a resident. A 2001 U.S. House of Representatives Report found that nearly 1 out of 10 homes had violations that caused residents harm, serious injury, or placed them in jeopardy of death.

A separate study of 2,000 interviews of nursing home residents in the report from the Atlanta Long Term Care Ombudsman Program and Atlanta Legal Aid Society to the National Citizens Coalition for Nursing Home Reform found that 44 percent said they were abused and 95 percent said they had been neglected or seen another resident neglected. More than 50 percent of nursing home staff admitted to mistreating older patients within the prior year in a study published in Nursing Management, and two-thirds of those incidents involved neglect.

For more than two decades, Farris, Riley & Pitt, LLP has fought for injury victims in communities all over Alabama. We understand how violated victims of nursing home abuse and elder abuse feel, and we make it our mission to get justice for these families.

Did you suffer serious injuries or was your loved one injured or killed because of nursing home abuse or elder abuse in Jefferson County? Call (205) 324-1212 or contact us online to have Farris, Riley & Pitt, LLP review your case and discuss all of your legal options during a free consultation.