When Insurance Companies Offer You Weak Settlements, You Need Strong Attorneys.
How much is my case worth?
Farris, Riley & Pitt, LLP > Truck Accident > Why Is the Black Box Important in Truck Accidents?

Why Is the Black Box Important in Truck Accidents?

A black box is also referred to as an event data record. It’s an electronic device found in many motor vehicles, trains, and airplanes. It records and stores information in the seconds before an accident. If you’re in a collision with a commercial truck, the black box could be vital to prove the truck driver’s actions contributed to the crash.

Truck accidents are some of the most violent accidents that occur. Since commercial trucks are bigger and heavier than passenger cars, the occupants of smaller vehicles typically suffer more severe injuries and deaths than truck drivers. According to statistics, only 16 percent of the 4,119 fatalities in large truck accidents in 2019 were the occupants of a commercial truck. A whopping 67 percent were passenger vehicle occupants.

If you were involved in an accident with a truck that wasn’t your fault, you should hire a lawyer immediately. Securing the black box could show the truck driver should be held liable for causing your injuries.

Data Recorded by a Black Box

An event data recorder (EDR) is a critical tool for anyone involved in a motor vehicle accident. It’s especially useful if you get hurt in a collision with a commercial truck. The recorded information could help you show what the truck driver was doing in the moments leading up to the crash that can prove fault. 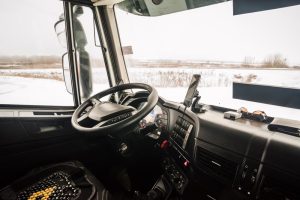 The information an EDR records and stores depends on the manufacturer of the device but could include:

The black box and other evidence can show crucial trip information, such as the number of hours the trucker spent on the road, how many times they took breaks, and their off-duty hours. Black boxes can also prove the truck driver’s actions in the few seconds before the crash. For example, if they didn’t apply the brakes for stopped traffic, it likely means they weren’t paying attention.

Why Obtaining the Black Box is Important After a Truck Accident

You might not have access to the truck’s black box or even know how to request a copy of the data. Additionally, some EDR models don’t store the information for that long. By the time you’re able to access the data, it could have already been recorded over with new trip information. 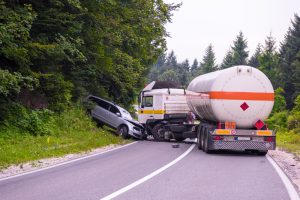 You must hire a lawyer immediately following the crash to ensure they can secure the black box data. It’s essential not to wait days or weeks before seeking legal representation. Evidence can become damaged or go missing if too much time passes.

Your lawyer can begin investigating the accident and obtaining all the available evidence. Reviewing the black box contents could uncover elements of the crash you might not have noticed.

If the information shows the trucker exceeded the maximum number of driving hours allowed under federal regulations, that could prove they were too tired to operate their truck safely. Or the data could show the trucker was speeding at the time of the collision.

Your medical records, eyewitness statements, and police reports might not be enough to prove the truck driver should be liable for the accident. A black box contains digital information that serves as indisputable evidence of the trucker’s actions. Without it, you might not have the proof you need to recover the maximum compensation you deserve.

The Birmingham truck accident attorneys of Farris, Riley & Pitt, LLP have successfully represented clients against truck drivers. We have over two decades of experience handling insurance claims and lawsuits for people injured by the wrongdoing of others. When you hire us, we will put our knowledge and resources to work to try to reach your desired outcome.

If you were injured in a truck accident due to the truck driver’s negligent actions, call Farris, Riley & Pitt, LLP immediately. We can obtain the information from the black box and investigate the circumstances of the crash to determine who should be financially responsible for your medical expenses and other costs.