When Insurance Companies Offer You Weak Settlements, You Need Strong Attorneys.
How much is my case worth?
Farris, Riley & Pitt, LLP > Child Injury

Was your child seriously injured in any kind of accident caused by the negligence of another party? You could be entitled to compensation for your past, present, and future needs.

Farris, Riley & Pitt, LLP fights for families all over Alabama affected by child injuries. Our firm can conduct a complete and independent investigation of your accident and work to make sure all negligent parties are held fully accountable. 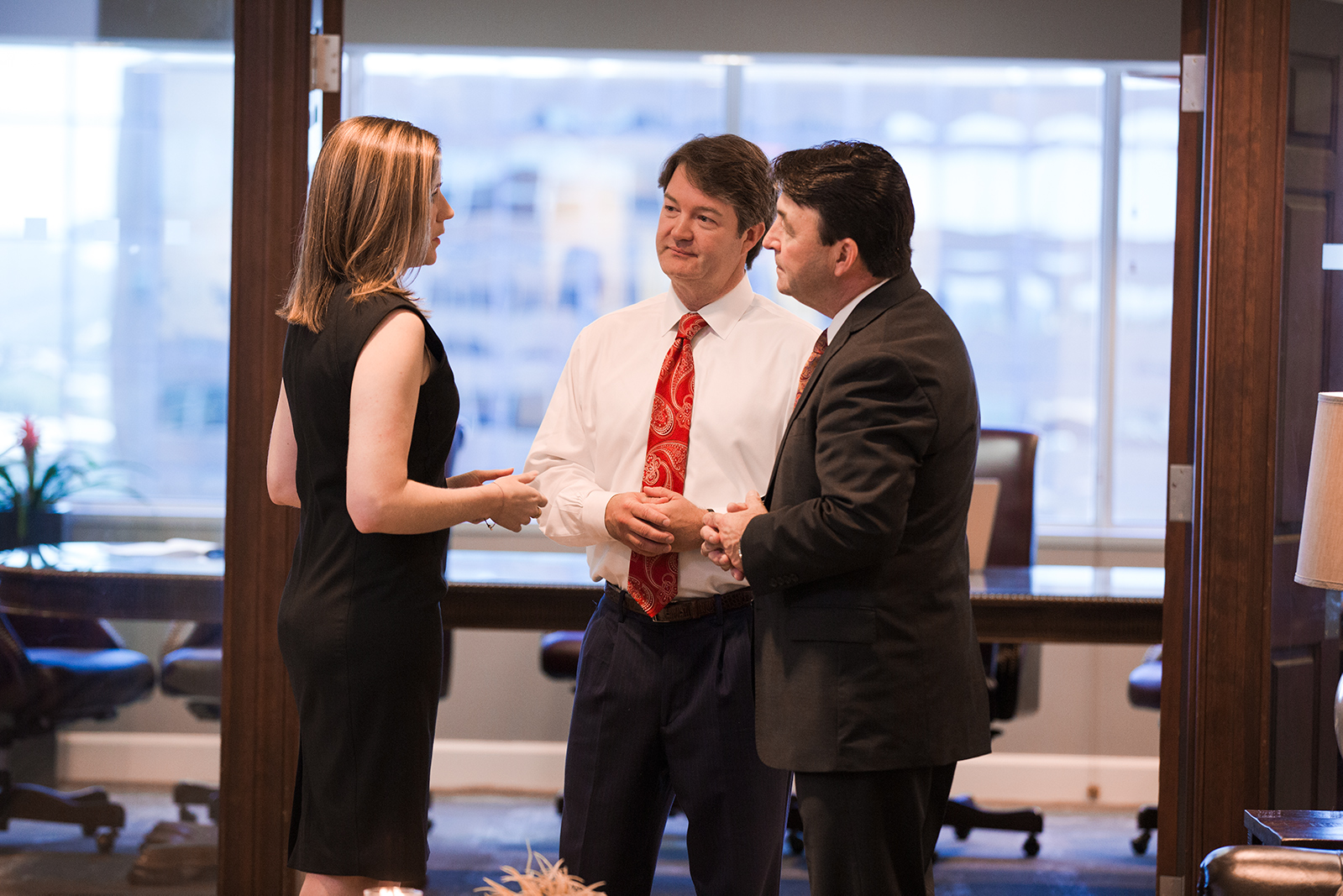 Parents do not need to see their child suffer from the irresponsible actions of a company or an individual. Injuries to children are often the most traumatic, devastating, and life-altering injuries that we see in practice. When a child is injured or hurt, everyone hurts.

In extreme cases, serious injuries can occur, involving serious pain and suffering and medical treatment. For some, long-term care may be required. If your child has been seriously injured, contact our Birmingham child injury lawyers today. Our attorneys have experience helping injured children and can discuss your case at no cost to you. Call (205) 324-1212 today.

Why Do I Need a Child Injury Lawyer?

Chances are very good that if your child was injured by another party’s negligence, you will be contacted very shortly thereafter by that individual’s insurance company. Agents for insurers will often seem genuinely concerned about your child’s health, and they may express a willingness to make sure you and your child are taken care of.

These representatives may also discourage you from hiring an attorney. Sometimes, they will do this by telling you that not retaining legal counsel will allow you to keep all of your money for yourself.

These suggestions are deliberately misleading. Insurance companies hate having to deal with lawyers because lawyers know what victims’ cases are worth. People who do not have attorneys are typically unaware of the true value of their claims and therefore much more likely to accept settlement offers that are almost always significantly less that what victims are actually entitled to recover.

You should avoid speaking to any insurer until you have legal representation. Contact Farris, Riley & Pitt, LLP as soon as possible.

Our firm can handle all phone calls from insurance companies on your behalf so you do not have to worry about unknowingly making any recorded statements that ultimately damages your claim and your child’s claim. We can engage in settlement negotiations, and Farris, Riley & Pitt, LLP will not hesitate to file a lawsuit when the insurer proves incapable of providing a satisfactory offer.

Our firm is committed to helping residents of communities all over Alabama, as Kirby Farris and Ken Riley were both born and raised here. Both attorneys and their families are Birmingham residents, and the people they represent are friends and neighbors.

Mr. Farris and Mr. Riley are also both members of several prominent legal organizations, such as the Birmingham Bar Association, Alabama Bar Association, and American Bar Association. Our firm also has a record of success that includes several multimillion dollar verdicts and settlements.

In caring for your child’s injuries, you have likely incurred several unexpected expenses and may be thinking that you cannot afford to hire a lawyer. Do not let these concerns prevent you from contacting Farris, Riley & Pitt, LLP, as we represent all clients on a contingency fee basis. In other words, you only pay if you get a financial award.

Children can be injured in a wide variety of circumstances. Even in cases where a child’s injuries were directly caused by their own actions, a person may have been legally responsible for ensuring that the child did not engage in potentially dangerous forms of behavior.

Every accident is different, and determining exact causes can often be quite complex. In some instances, multiple parties could bear potential civil liability.

When my child is the injured party, are they also the person who files suit?

In most cases, a parent or legal guardian will file a legal claim on the child’s behalf. The case and any damages awarded will be based on the child’s injuries. Alabama has a statute of limitations of two years on all injury claims, but it is important to note that one exception to this limitations period concerns accident victims who are minors. In such cases, the statute of limitations may be tolled, or delayed. You’ll definitely want to have an experienced attorney evaluate your own case to determine the particular time limits that apply and the most advantageous time to file.

What kinds of injuries can children suffer?

The nature of a child’s injuries will depend on the type of accident they are involved in. Some of the most common kinds of injuries involve fractures (broken bones), sprains, and soft tissue injuries. Other more serious forms of harm may include neck injuries, TBIs, and spinal cord injuries. Some injuries may involve amputation or disfigurement. Burn injuries often involve several months or years of rehabilitation with potential lifelong complications. The most severe cases can result in coma or death.

How traumatic will a legal claim be for my child?

Generally, it should not be stressful at all. Most courts limit the involvement of children in these cases, as most proceedings solely involve the adults. A child may be the cause of a legal action, but it is typically understood that a minor is not legally capable of negotiating a settlement.

According to the Child Welfare League of America, Alabama had 22,067 referrals for child abuse and neglect in 2015, and 21,722 of those reports were referred for investigation. That same year, the state had 8,466 victims of abuse or neglect, 52.1 percent of whom were physically abused and 17.4 percent who were sexually abused. Child abuse or neglect resulted in 13 child deaths in 2015.

The 2015 Alabama Traffic Crash Facts from the Alabama Department of Transportation found that children 15 years of age and under accounted for 21 percent of the 185 bicycle crash injuries and nine fatalities in 2015. The report also stated that only 20 percent of children involved in motor vehicle crashes were not in a child restraint, but 100 percent of child fatalities were not properly restrained.

A 2015 fact sheet from the Children’s Safety Network National Injury and Violence Prevention Resource Center showed that motor vehicle traffic incidents were the leading causes of death and hospital-admitted injuries in 2011 for every age group older than 5 years of age. Unintentional injury was the leading cause and total five-year incidence of deaths between 2008 and 2012 for all age groups older than 1 year of age.

According to the Alabama Child Death Review System, there were 804 infant and deaths of children under the age of 18 in 2010. There were 785 infant and child deaths in 2011. The annual report for these two years found that accident was the most frequently reviewed manner of death in both 2010 and 2011.

Protect Your Little One: An In Depth Review On Youth Sports Injuries Statistics In 2019

Farris, Riley & Pitt, LLP has been fighting for families in communities throughout Alabama for over two decades. Our firm knows and understands the wide range of concerns all parents have when their child has been seriously injured.

Did your child suffer severe injuries in an accident caused by another party’s negligence in Jefferson County? Call (205) 324-1212 or contact us online to have Farris, Riley & Pitt, LLP review your case and help you understand all of your legal options during a free consultation.